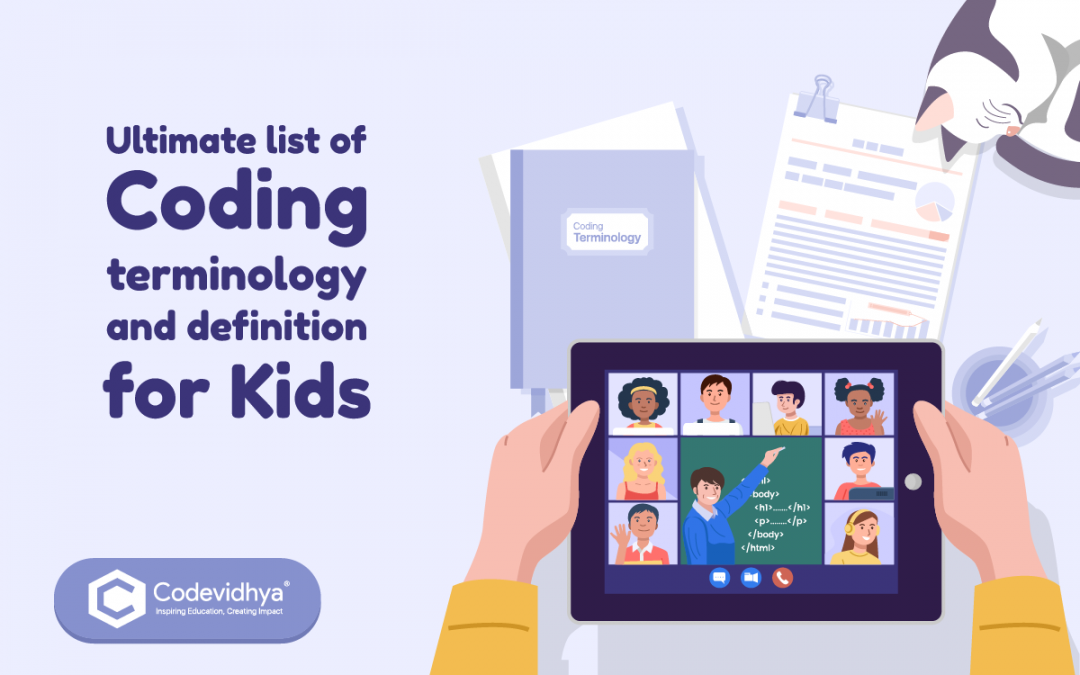 It is obvious that when anyone learns a language, knowing the basics always gives a headstart to them and makes it easier for the person to learn it. And when it comes to learning a programming language, one must know some of the most important coding terminologies and definitions first.

Without knowing these terms and definitions, the learner might struggle throughout the journey. That’s why, for every aspirant who wants to learn to code, we are introducing the ultimate list of coding terminologies and definitions.

This will not only help the person to get insights into an array of coding terms but also will it allow the person to clear out some of the coding basics to some extent.

The following list demonstrates the terminologies related to programming and some other terms that relate to the world of Computer Science.

The list will be quite long so sit tight, and read on:

To start with important programming definitions, an algorithm is a finite set of rules defined by the user to perform a complex task or computational calculation with the help of the machine.

Generally, an algorithm can be written through lines of code so that the computer can understand it. It is used for problem-solving, data processing, etc.

API or Application Programming Interface is a set of functions that help two software components, operating systems interact, and access data internally. It delivers a request processed by a system to another system and sends back the response to the user.

An array is a type of data structure that is used in different programming languages. It contains a group of elements of the same nature such as integers, characters, or strings.

It is a kind of container with a fixed size to arrange or store values. Arrays are used to store data in an arranged way so that it is easy to sort or search.

In computer science, the term back-end refers to that part of the website or application which is not visible by the user.

When a user submits a request to a website or application, the request gets executed in the back-end to show the results back to the screen. The back end consists of the Server and the Database.

The Server connects the processed request to the Database of the application and shows the request back to the user.

Coding or Programming Bootcamps are intensive Software Development and other technical training programs that teach participants technical and coding skills correlating to what the employers and companies look for.

These boot camps allow people to learn to code and apply their skills to solve real-world coding problems.

Operators are the symbols that let the compiler or interpreter perform specific mathematical or comparison or logical operations. These operators take one or more arguments to produce a result and solve a problem.

For example, Addition (+), Subtraction (-), Multiplication (*) are different types of operators.

In programming, the compiler is one of the most important elements while executing a line of code.

It is a type of translator that translates the source code written in high-level language by the programmer to a much lower-level language code that is understandable by the machine. The translation lets the computer execute the program.

As we know, a loop means a process that continues itself until it is stopped. In the same way, in programming, loops are a set of instructions in the code that iterates itself when the condition inside the loop is true.

These loops are used to repeat instructions, functions, etc. Some of the most-used loops are the for loop and the while loop.

A database is a stock of data or information well-managed by a database engine for arranged access of the same.

These data can be accessed by the user through Structured Query Language (SQL), which is a popular database management tool used by most of the applications that use a database.

In computer science, a data structure is a managed format of organizing, managing, and accessing data which allows proper access and management to data. Some of the examples of data structures are Arrays, Linked Lists, Stacks, Queues, and Trees.

A framework is a software pre-designed by programmers that are used by developers to build new applications. Frameworks make the work of developers easier.

These frameworks are already built, tested, and optimized by developers which makes them very versatile and efficient to use. Frameworks reduce the hassle of the entire development process with the help of a single platform.

Some popular Frameworks are Angular.js, Ruby on Rails, Django, Apache.

One of the most important programming definitions, Object-Oriented Programming is a model of programming that empathizes with the concept of objects.

These objects contain data and code in the form of fields and procedures respectively. There are plenty of benefits of Object-Oriented Programming as they are extensible, reusable, secure, and more understandable.

A server is a type of computer that provides data and information to other computers through a network.

It may transfer the data through a local network (LAN) or a wide area network (WAN). The computers which are connected to the server are called clients and these clients exchange data with each other through the server.

Now that we have described most of the important programming definitions, those who want to start coding at a young age can go through these definitions once to start their coding journey. Look out for more blogs on Coding For Kids Here