What is Block Based Coding? What Can Kids Do With It? 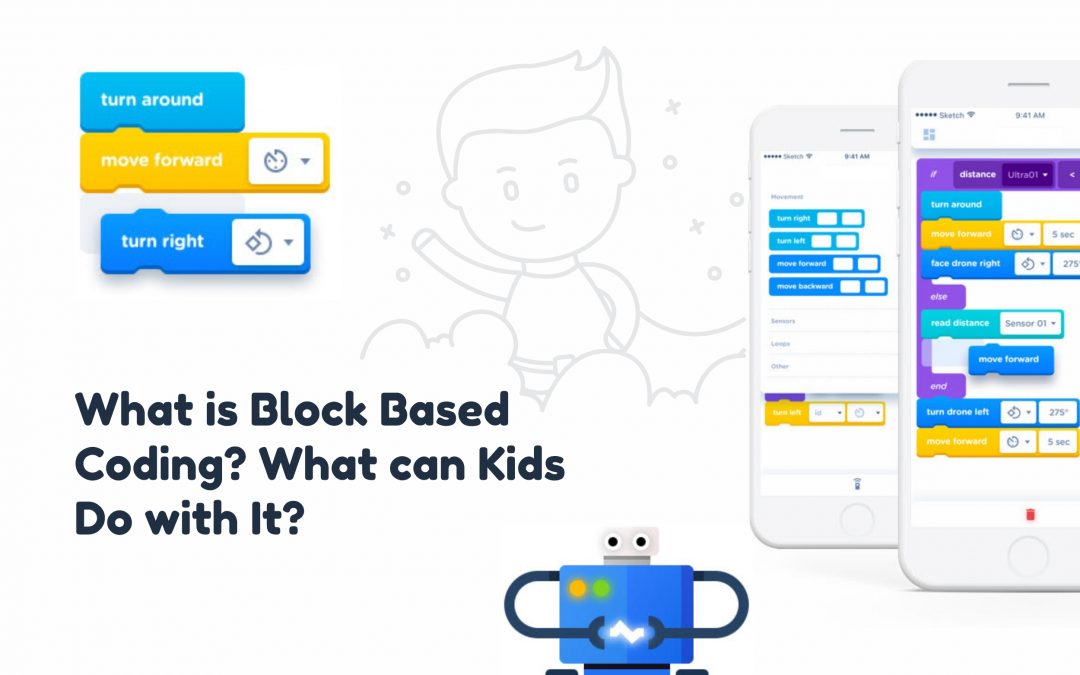 What is block-based programming or coding, you might wonder? 🧩

This coding instruction constructs animated stories and games once entered into the system.

Block-based coding is simple, attractive, perfect for children over the age of six years.

It helps build an understanding and foundation in coding.

Once kids learn programming with blocks, they engrave computational thinking through visuals in the block-based coding platform, which aids them in learning code.

So what are “blocks” in block-based coding?

What are these blocks you may ask?

A “block” is a piece or a chunk that represents a code.

Each code presents an instruction given to the computer.

It provides a series of commands to the computer to create a game and much more.

For instance, Scratch is a block-based coding platform.

It is the most popular platform for kids as young as seven years old and beginners to learn to code.

In Scratch, we have different types of blocks.

Let’s look at these to understand “blocks” better.

Before you read further, take this quiz to know if your kid is a good fit for block-based coding or not…

Types of blocks in Scratch:

These blocks control the movement of sprites.

A sprite is an image in Scratch, an icon, or a character.

With a motion block, you can instruct a Sprite to move or turn, according to the sprite itself, other sprites, or other variables on the platform.

You add a block that tells a Sprite to move five steps ahead from the spot where it is on or 20 degrees to its right.

Creators can instruct a Sprite to move forward ten steps, or turn 15 degrees to the right.

These blocks can change the appearance or look of a Sprite.

It can say or think of something using these blocks.

Also, the backdrop of the platform along with other aspects of the design of the Sprite icon.

You can add a block to instruct the Sprite to greet another Sprite with a text box, “hi! how are you?” that lasts on the screen for 5 seconds and so on.

You can also change the clothes that the Sprite is wearing.

Think about how you customize a character in a video game.

It’s a looks block that does that! Except for this time, you are not only creating the dressing item, but you are also creating its looks block or looks code. 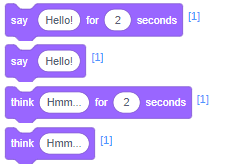 You can add sounds, songs, alter the pitch, bass, and volume with a sound block.

If the sprite you created with a looks block is a dog, you can make it “woof” by adding a sound block

This visual learning method is perfect for children. It is interactive and experience-based instead of simple text-based learning. 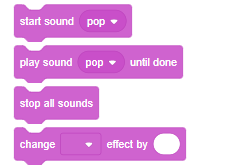 What Kids can Build with Block-based Coding Platforms?

In Scratch, blocks are arranged by an easy drag-and-drop method.

Kids can get creative and attach different blocks of their choice with ease.

Just choose a block, drag it to another block, drop it, and if the blocks match, they will stick together to create an interactive sprite.

Blocks that don’t match with each other do not attach.

This means that codes that are incompatible with each other do not form. This is why programming with blocks is perfect for kids.

They can be creative while learning which codes are compatible and not. Kids, therefore, understand how coding works better.

Children can use Scratch and similar block programming platforms to build games, videos, animations, and more.

These are games in which players click icons to score points.

It can be popping balloons or catching fish.

The player wins a score once the picture gets clicked. After one icon gets clicked, more icons appear on the screen. In turn, the players win more points as they click these icons.

Chase games include a controlling character that chases another one or the object.

Games, where a shark is chasing a fish, or a cop catching a thief, fall under chase games.

Pong games include the typical setup where there is a mouse/keypad-controlled paddle that a player moves to and fro to prevent the ball from touching a surface in the game, and so on.

Pong games include the typical setup where there is a mouse/keypad-controlled paddle that a player moves to and fro to prevent the ball from touching a surface in the game, and so on.

Adventure games are similar to standard complex real-world video games having a storyline and go longer than usual block coding games. These are the coding games that most gamers play and are available in large-scale gaming gadgets. These games have multiple characters, multiple backgrounds, multiplayer, and multi-objects or tasks to gain points and jump from one level to another.

The player taps on up and down arrows for the character to move on a specific path.

For instance, a bird moving through trees, or a boy cycling through a specific road. 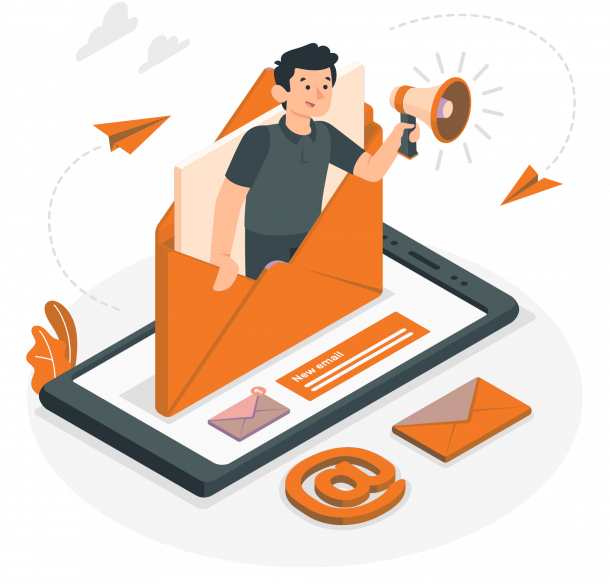 INDULGE with our FREE and Useful Resources for your Child!

Join us to get the best resources for your child.

Thanks a lot for joining... You are IN! Check your email to stay updated.

We won't spam you!

These are the coding games that most gamers play and are available in large-scale gaming gadgets.

These games have multiple characters, multiple backgrounds, multiplayer, and multi-objects or tasks to gain points and jump from one level to another.

It’s a key to have a game plan, learn the most elementary concepts, and build from thereon.

Like books need to be easy to read, the coding platforms also need to be user-friendly.

Drag-and-drop coding platforms like Scratch, specially developed by MIT for kids, ensure this.

Learn more about block-based coding, and teach kids Scratch and other programming languages. Also, you can go through a series of 4 specially curated Scratch Coding Courses for kids here.