What is Computational Thinking in 2021 – Why Thinking like a Computer Builds Skills for Success? 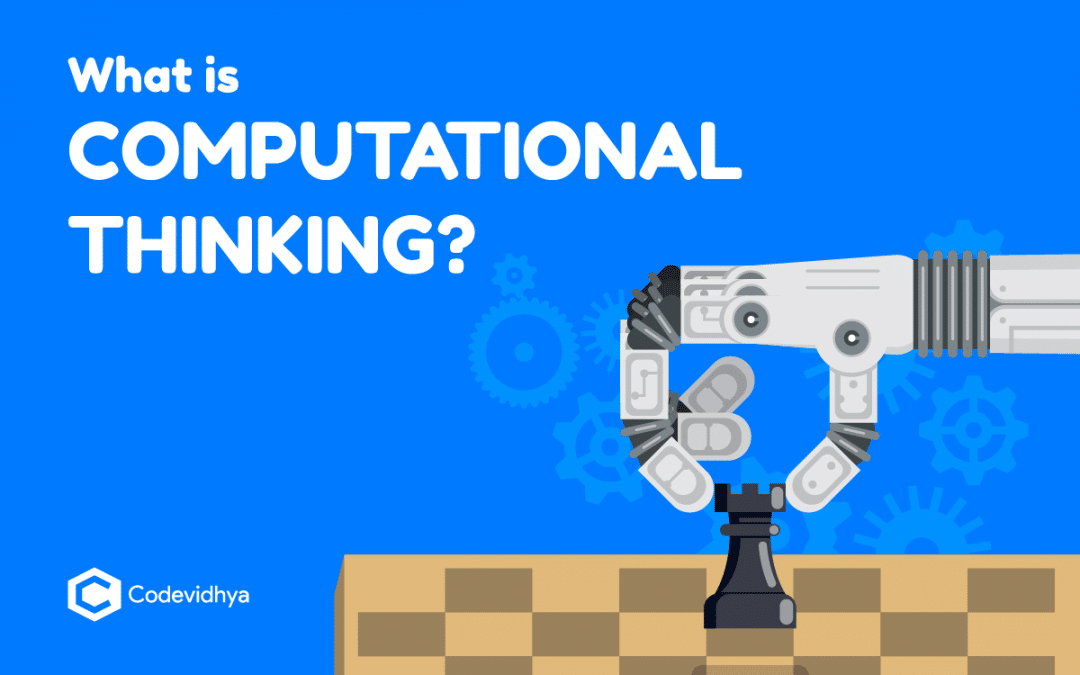 There’s no doubt that humans made computers. But as it evolved over the past few decades, don’t you think that we have got a lot from computers? For kids entering schools for the first time, computational thinking is a crucial skill that will advance them in the long run.

Before we jump deeper into this subject, let’s understand what it actually is.

Computational Thinking definition in layman terms: It is the ability of an individual to think and solve problems like that of a computer.

The process includes various steps like analyzing the problem, creating possible solutions, and bringing out the result.

In this article, we will learn the techniques that go behind this system. Furthermore, we will also know the various benefits of computational thinking, and how it can prepare your kids for their future endeavors.

Keep reading to understand some of its examples.

Starting with the various aspects through which one can achieve this skill. 4 aspects are involved in this process. They are: 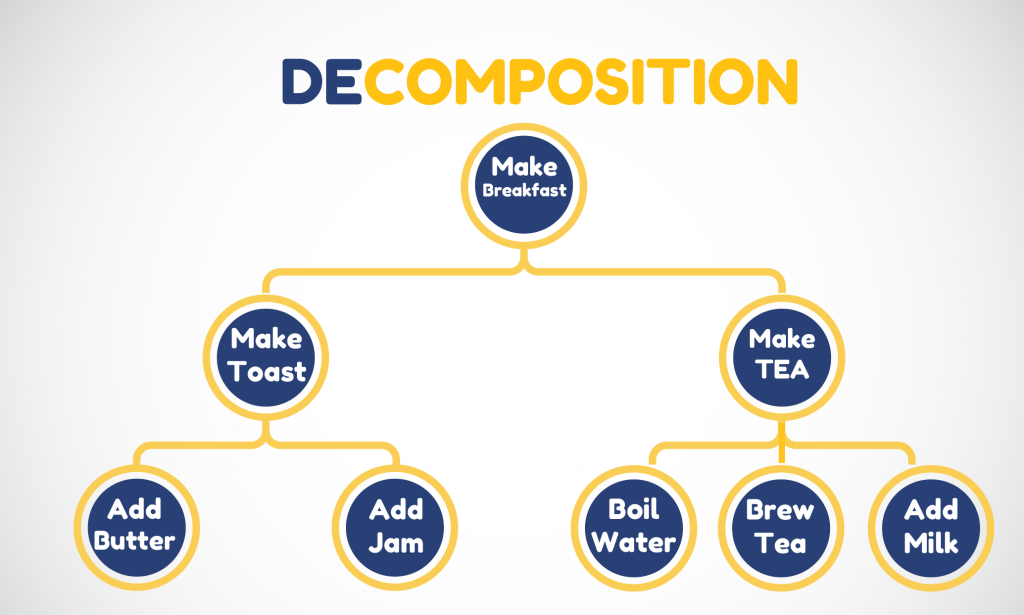 Computational thinking starts with decomposition. It is the process of breaking down complex statements into smaller parts. By doing this, it becomes easy and manageable to achieve the desired solution.

It is important to know the decomposition technique because it lets you understand the smaller aspects of a bigger picture. A kid becomes able to solve big problems through it by thinking like a computer.

For example, a medical student understands the working of different human body organs to understand the human body as a whole.

On the other hand, a mathematics student breaks down an equation into simpler parts and solves it in parts to get the result.

In computer science, it works in the same way while programming a game. Thus, the creator has to come up with the character, plot, actions, etc, to make the game work. 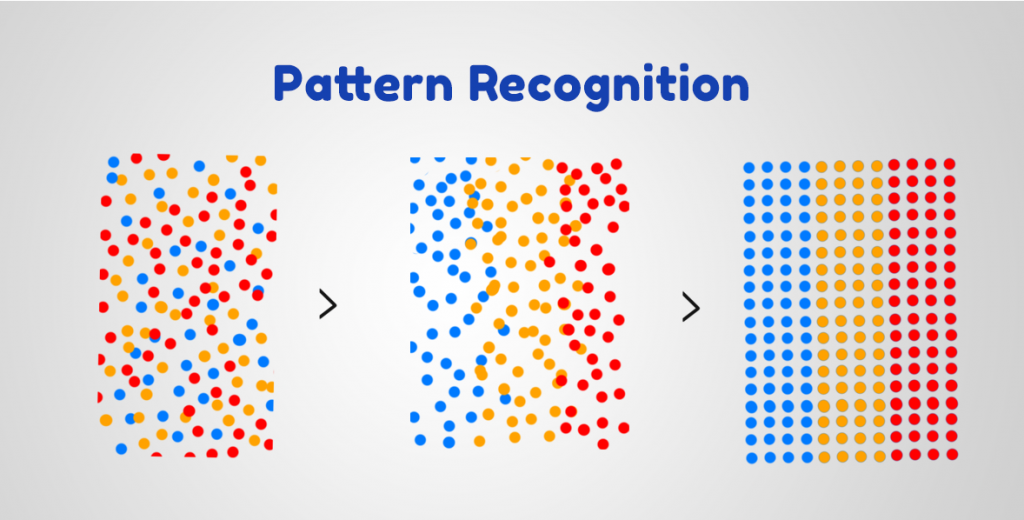 Pattern recognition is another aspect of this skill. Recognizing a pattern entirely depends on a kid’s ability to analyze objects and images.

A kid can see what is the same and what is different. And through this ability, any kid can ideate the next move. It greatly impacts a kid’s ability to combine different patterns and exhibit the next result.

In computers, pattern recognition plays a huge role. Artificial Intelligence has seen some great advancements recently. And one such discipline where we can see patterns in work is Neural Networks.

Learn more about the role of AI in Education.

According to Investopedia, a neural network is a series of algorithms that endeavors to recognize underlying relationships in a set of data through a process as the human brain operates.

Here, we can surely see how a computer recognizes and uses patterns to operate.

In the same way, kids can also make decisions and bring results by analyzing patterns. 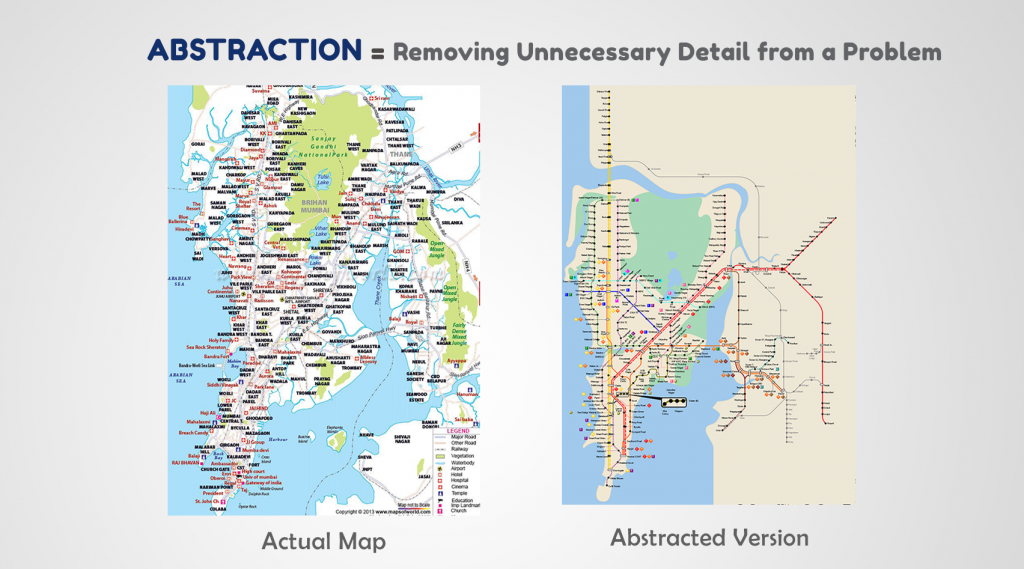 Abstraction is one of the cornerstones of computer science or computational thinking. It is the process of filtering out unnecessary elements out of something. It just keeps in place what is required.

This helps us in prioritizing tasks and doing things methodically. Abstraction allows us to simplify a problem. It keeps what’s important, and removes what’s not.

This way, we can solve problems easily without giving much importance to things that are not important. It gives us the relevance and clarity of an object.

For example, if you want to learn a topic that is in a book, will you read the whole book? No, right? You will just read that particular topic. That is how abstraction works in real life.

Algorithms are one of the most important pillars of this skill. Algorithmic thinking helps in developing a solution to a problem. It is done with the help of some definite steps.

In general, algorithmic thinking involves solving a problem by devising some definite steps that are required to solve it. Algorithms are a set of rules created by an individual to solve similar problems.

For example, in schools, students are taught the process to perform division or multiplication. What they learn are the algorithms.

If a student knows the algorithms to perform multiplication, he/she will be able to do multiplication for any given number. Algorithms allow systems to automate themselves without creating new patterns.

Benefits of Computational Thinking for Kids

Being able to understand problems itself completes half of the task for a kid. The other half includes solving the problem.

Kids can become great problem solvers if they start thinking like computers. And the above methods can set them ahead in this game.

Having proper problem-solving skills can help the kid in various areas in life. Kids with good problem-solving abilities are good in Mathematics, Logical Reasoning and help with better decision-making.

We know that using computers can make kids more creative. But ever thought about thinking like computers? Yes, computational thinking skills makes a kid much more creative.

The above-stated methods open up different doors for kids to find a solution. For any given problem, they will have four different approaches. Rather than being lost, they now have much more fields to explore and solve a problem.

It’s obvious! When you think of newer ways to solve a problem, you innovate new possibilities. With this skill, you can bring up new ideas or enhance existing ones to create magical things.

Abstraction can help a lot in innovation. A kid not only removes the irrelevant things but also brings in relevance and efficiency out of scratch.

Kids can focus more on tools and resources to create things of their own.

FUN FACT: Can Computers Think? YES! Machines and computers can think, as shown by the fact that modern digital computers are able to perform the highest mental operations, which are the mathematical ones.

Importance of Computational Thinking for Kids

As per the National Education Policy, computer coding has become mandatory in India. We can observe that the government is giving a lot of importance to introducing digital literacy to our younger generation.

In such an ecosystem, thinking like computers has become inevitable. Everyone must have this skill. It gives them the idea of how machines and computers complete a task.

Giving importance to this will give the future generation a boost in their skillsets, which will make them ready for the future workforce.

Schools and Edtech companies are doing their part to promote computer education amongst the mass. And Codevidhya is proud to be a part of this movement.

We believe that this coming generation will be equipped with adequate skills and contribute a lot to the world in the following decade or two.

Answer. It is a necessary skill in the present time just because of its benefits. For example, kids who develop computational skills can analyze a problem and think rationally. It enables them to deconstruct the problems at hand and estimate what may occur in the future.

It helps kids in investigating cause and effect and analyzing how their activities, as well as the actions of others, affect the situation.

Answer. It is the act of creating and resolving problems by breaking them down into easy steps. It’s a great problem-solving strategy that can help us solve complicated difficulties in today’s environment. So, if a kid has this skill, he or she will be able to analyze problems quickly and simply solve them.

Answer. Yes. Since a computer only reacts and processes what it is configured to do, computational thinking helps the user to figure out exactly what to tell the machine to do. With their quick processing capability, computers can solve issues more effectively than people once they comprehend the problem.

Answer. If you want your child to develop it, then follow these four steps: