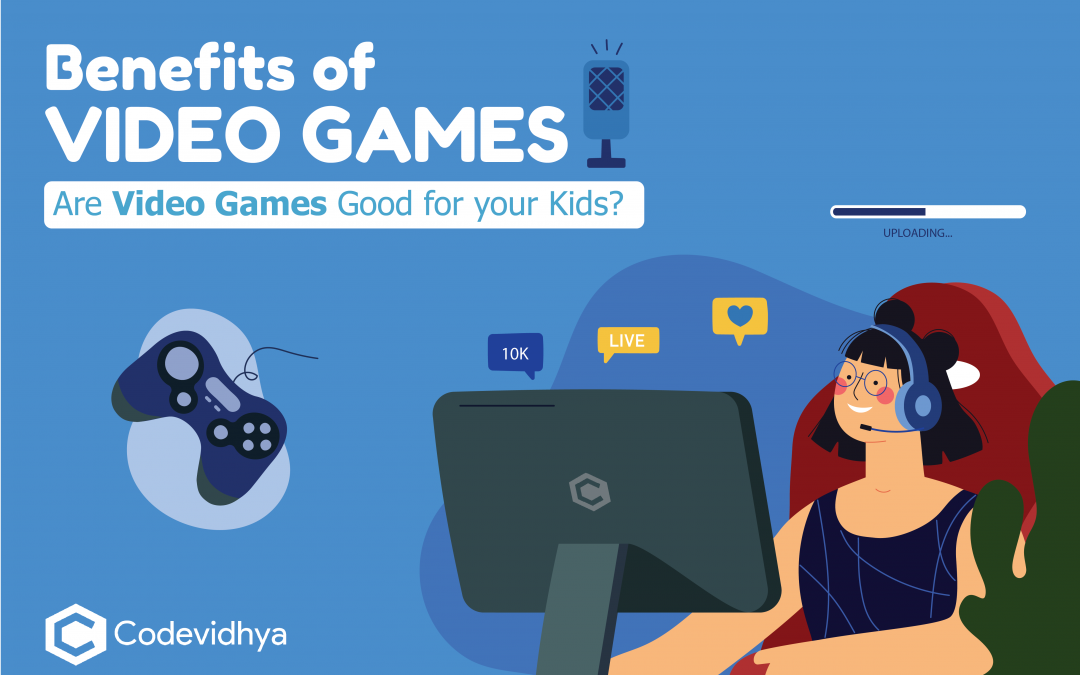 Whenever parents hear about video games, they cannot be easily convinced. We have seen parents always being skeptical about their kids playing video games. But there are long-lasting benefits of video games that parents do not notice.

Video games are the most favorite pass time activities for kids. And playing these games, however, make some positive impacts on the kid’s mental growth.

In this article, let us understand some of the unnoticed benefits of playing video games.

Video games are undoubtedly filled up with a lot of challenges. When a kid enters a level, they need to understand the challenge, make proper plans and get past the challenge.

Video games are great for building problem-solving skills as they come with these challenges. Be it solving a puzzle, building an empire, winning a war. Games offer kids a chance to accept these challenges and solve them.

Playing games also teaches planning, organization, and critical thinking. These are the common sub-skills you need to solve problems.

The relationship between the things we see and react with our hands is essential to almost everything. These days lots of kids are engaged in video games.

These games help to further improve the coordination between our eyes and hands. Playing shooting games such as Call of Duty or Assassin’s Creed activates brain sensors that help to send faster signals from the brain to hand.

In addition, playing video games can be suggested as a treatment for those who lack hand-eye coordination.

An interesting study back in 2014 revealed that teenagers who play video games have better brain cell connections and improved brain functions.

Parents keep thinking that playing video games will make their kids unsocial. Sitting on a couch and playing games all day might seem like kids are not engaging with society.

But the truth is, video games are not always single-player games. When kids play multiplayer games, they connect with many of their game friends, strangers, and interact with lots of other gamers.

Gaming fosters social relations. Researchers found that most online multiplayer gamers have a better sense of social identity, which further reflects their self-esteem and confidence.

Even the common interest between two gamers builds friendship and better relations. There’s a reduction in loneliness and depression in gamers. These video games help those a lot who live far beyond cities and are geographically isolated.

Video games like Minecraft and Roblox make students practice their creative skills. In Minecraft, they build or break different kinds of blocks in a three-dimensional space.

While video games can be a great source of entertainment, it is becoming an essential resource in education. Many schools are introducing education in a gamified way. This will bring out the creative element in the kids.

According to a study conducted by Iowa State University, playing video games under certain conditions can boost a child’s creativity. It was found that those given the freedom to play Minecraft without instruction were most creative than those who were given to watch television.

In research conducted by Oxford University in 2020, they found that playing video games makes a person happy and improves their mental health.

Video games lead to healthy brain stimulation. They force gamers to use different areas of the brain.

These games challenges also create mechanisms that help you deal with and overcome real-life obstacles or problems.

Also, streaming platforms like Twitch helps gamers express themselves. These platforms let gamers open up with their fellow players to talk about their lives, experiences, and whatnot. They meet like-minded people which helps them to connect and understand each other.