Video Games that will Improve your IQ 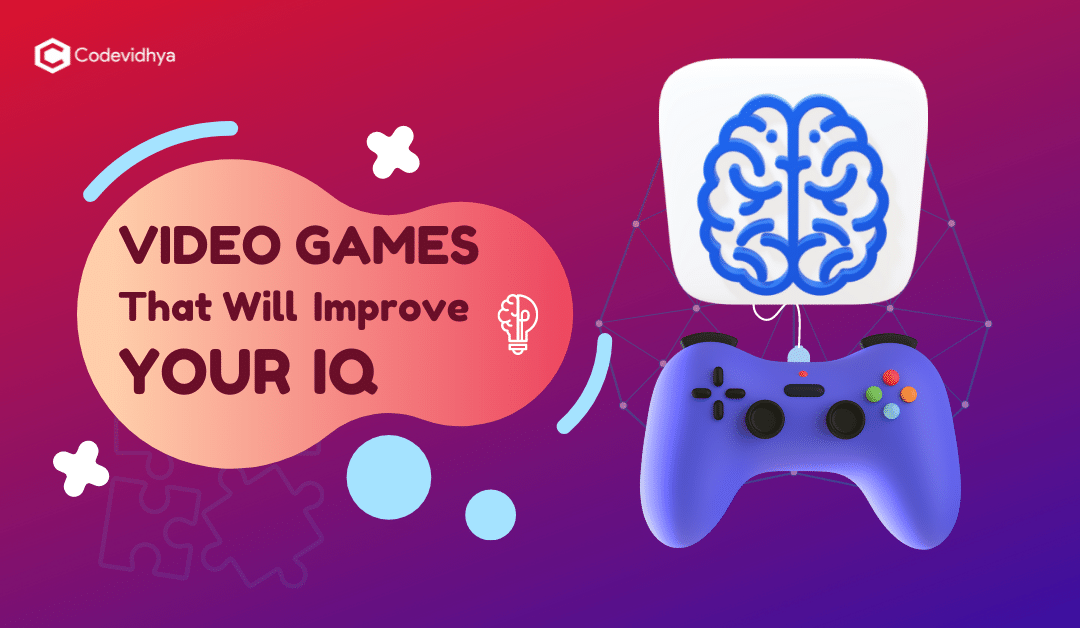 Video Games have always been an enemy between children and their parents.

But what if I tell you that it’s not alright to call them enemies?

Frenemies, if you will?

Before you stop reading further, let me tell you playing video games (of course in moderation) is healthy for children.

Kids, if you’re reading this without your parents, SEND THIS TO THEM❗️❗️

Moving on; irrespective of the cliched belief that video games are harmful to the brain, it’s not entirely true.

In a study, it was evaluated that playing video is good for you.

Before we move on to the names of the video games that help increase IQ, read about the benefits of video games here.

Without wasting time, here’s a list of video games that help better IQ.

Studies indicate that playing StarCraft can improve and boost the intellectual capacity and concentration of kids.

Redbull not only gives you wings but also a great insight into this very thought that playing StarCraft makes one smarter.

“Anything that makes you think critically, adapt to different situations on the fly, and invent new strategies is going to have a positive impact on your everyday life.”

The facts were based on psychological tests.

“The thing I noticed myself most is that I’m capable of concentrating on a task much longer than before I was a programmer.”

“Important research has already been conducted for decades on the negative effects of gaming, including addiction, depression, and aggression, and we are certainly not suggesting that this should be ignored,” stated Isabela Granic, Ph.D., of Radboud University Nijmegen from The Netherlands, lead author of the article. “However, to understand the impact of video games on children’s and adolescents’ development, a more balanced perspective is needed.”

Hold tight, folks. There’s more. You’re going to find your most preferred games (and as for the parents, the games they probably dislike the most ⚠️) in this list!

This ‘first-person shooter’ game helps its players in ways you cannot fathom.

To elaborate further, if you’ve ever played this game you’d know it requires great coordination, strategizing, tactical thinking, and whatnot.

When a player puts to use their entire knowledge and skillset to thrive in this game, the problem-solving ability, hand-eye coordination, and decision-making skills are bettered.

Fellows, if you’re super-stressed it’s time to challenge yourself with a game of overwatch.

Overwatch is said to relax plus help with anxiety and stress.

That’s not all, there’s more 🤩

If you’ve ever played games or are a gamer, you know those moments where you’ve got to focus very intricately?

You’ll be surprised to know how explicitly all these aspects add up to better IQ. I guess it’s time to smarten up! 😌

On that note, take this IQ Quiz, and see where you stand 🤓

Well well well, if it isn’t the most beloved COD.

I don’t about you, but I’m thrilled to have COD on this list.

Okay, keeping the excitement aside, let us talk facts.

The University of Rochester conducted a study that stated shooting fiends in video games can astonishingly give players better vision.

In a 2009 study, expert action gamers who played first-person shooting games like “Call of Duty” saw a boost in their “contrast sensitivity function,” or the ability to discern subtle changes in the brightness of an image. Considered one of the first visual aptitudes to diminish over time, the ability to pick out bright patches is key to tasks like driving at night.

“In order to sharpen its prediction skills, our brains constantly build models, or ‘templates,’ of the world,” stated the University of Rochester research professor Daphne Bavelier. “The better the template, the better the performance. And now we know playing action video games actually fosters better templates.”

Individuals who play COD have a better visual perception that is an added benefit for real-world learning.

(I’m this close to firing up my PlayStation, but I’ve more information that’ll leave you stunned 😍).

Read more about the Benefits of Video Games

You’ve heard of this series, but do you know Battlefield has more to offer than just visual perception?

I didn’t know either, that makes the two of us.

Let me enlighten you.

Battlefield isn’t about visual awareness and immaculate motor skills, but beyond.

What Battlefield does is, it enables its players to think encyclopedic and imagine big. Strategizing abilities are without a doubt enhanced too.

Hippocampus isn’t something to do with a hippo.

It is a complex structure of the brain rooted deep in the temporal lobe.

This plays a major role in memory and learning. 🧠

I’m going to end the list here, but you get the point. Gaming in moderation and with the right ethics can actually help you as an individual.

This is an opportunity for all gamers and children to work on themselves using gaming as the catalyst. What’s better than learning gaming, at the very same time?

Boys and Girls, do not take this as an excuse to go insane gaming. If you overdo it, rest assured your Xbox or Playstations are going to get unplugged by your parents.

But monitor your child’s playtime!

Hope you all had as much fun reading this, as I did writing. 🙋‍♀️

P.S.: If we really have convinced you about the pros of video games, then consider booking a Free Coding Class for your child today.