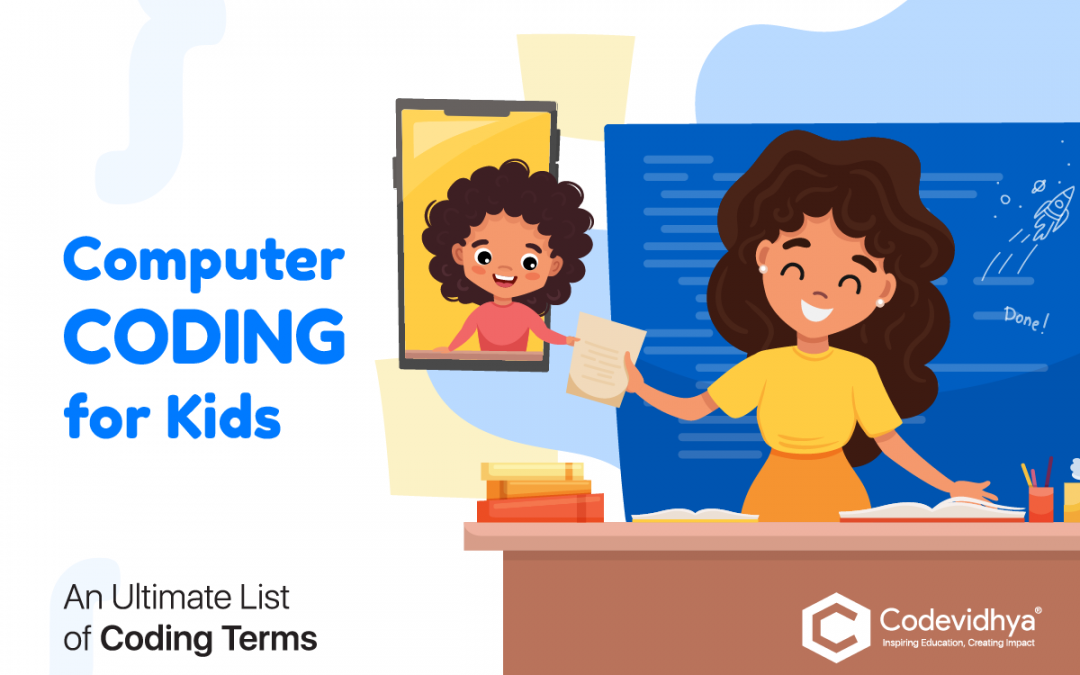 Anything can be taught to someone – as long as they know what you’re talking about in the first place! If our teachers were to enter the classroom and explain osmosis without explaining to us what molecules were, we would know nothing. Computer coding for kids works no different when it comes to teaching.

When you need to add a little more information to a function, you add an argument to it. As the function runs, it uses the information like a variable.

You’re probably wondering what a variable is at this point! Computer coding for kids is filled with terms like these that are super easy to understand.

A container that holds either a single word, number, or other information that is used during a program makes a variable. This container is filled with different values. Name these containers for easy reference in the future.

On declaring a variable, a variable type is mentioned. This includes the following variable types important to state when teaching computer coding for kids:

Arithmetic operators are essentials in pretty much every application.

In games, where scores are achieved, the damage is done or a milestone is reached, it must be accounted for in the total points. Arithmetic operators make this happen!

These operators combine variable assignments with arithmetic operators. They are a shortcut used by coders to perform an operation that changes the value of a variable.

Augmented Reality (AR) – we’ve all been hearing about this!

AR is different from Virtual Reality (VR). It is an interactive, real-time experience in which digital objects are placed in your actual environment. It’s like Pokemon Go! Digital characters were placed in real-life environments on a gadget, in real-time.

VR differs since the environment is fully digital.

Autonomous means things that are self-ruling. Robots, drones, and Tesla cars that drive themselves – are all autonomous! Therefore, don’t require humans to direct them in our real environments. This is why computer coding for kids is fun since it combines their imagination with systemized technology to create wonders.

We need binary numbers so that computers can represent information. Computers process 1’s and 0’s using different rules and regulations to interpret them as letters, numbers, operators, and other such insertions in them.

The individual 1’s and 0’s in binary we just mentioned? Yup, those are called bits.

C++ is a lower-level but versatile programming language. Besides, kids who are brilliant at this language can code well and solve complex coding problems.

Additional to our point on variables is this!

Variables are named using the camel case. This means that the first word of the variable’s name is in lowercase and each new word post is in uppercase.

Coding refers to the process by which humans create instructions for computers to follow. The same way we speak different languages so does programs. In other words, it is a way to interact with computers.

Computers use different coding languages to understand the instructions people give them. Such computer languages are like C++ or Java. Computer coding for kids must begin with Scratch, JavaScript, and Python.

Conditional statements are used to move programs in different situations and to print information.

Therefore, else statements do something when the condition in the if statement is false.

For loops enable us to run a block of code repeatedly.

A block of code constitutes a function. They are referenced by name to run the code contained within it.

These run a block of code based on whether or not a condition is true.

To start writing code in Java, you can use IntelliJ, an IDE created for writing and running code.

Java is a programming language that is widely used. Android apps and software use this all the time.

Jupyter Notebook is another type of IDE.

Linux is an open-source operating system. It runs on multiple types of devices such as laptops, phones, tablets, robots, etc.

Loops check conditions and run a code block on them. It continues to do this too until a specific condition is reached.

This is a part of C++ and is called when the program starts.

Machine learning makes a computer act without being directly programmed to act like this. It is an application of artificial intelligence (AI). Machines are given access to data and they learn it themselves.

A small programmable computer more formally known as a microcontroller development board constitutes the Micro:bit.

Machine learning requires an algorithm to be trained. To do so, neural networks are required. These sets of algorithms form the brain of a program.

This programming language is used for web development, machine learning, game designs, and AI. Python has easy syntax to write than many other languages like Java and C++.

Scratch coding was developed in the labs of MIT. It is a child-friendly interface that teaches graphical programming language, via the drag-and-drop technique.

We hope this was helpful for you! Computer coding for kids is easy – it’s all about breaking it down into simple words to understand it better.